This post in the series is the hardest one so far because I really wanted to talk about Akihabara Game Stores and Japanese Arcades separately.  By necessity, I will create another post covering most of the unique arcade games in detail and instead will only give a general overview of the arcades in this post.  Do remember seeing old style metal candy machines?  The ones where you input your quarter’s, twist the handle and through a chute, candy would come out?  In Japan, they are very popular and are called Gatchapon but instead of candy, all sorts of things can be collected. 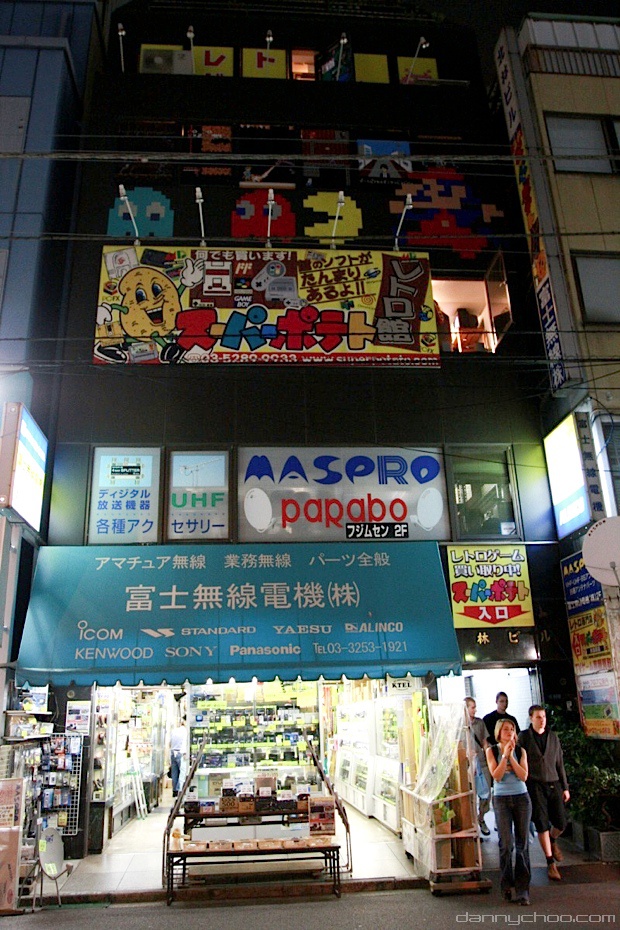 Super Potato is one of the most famous retro game stores in Akiba and has been featured in many articles.  3 stories tall and filled with retro gaming goodness so what is not to like?  This store is chock full of so much retro games that it is hard to believe.  Any console that is from the Wii generation or older can be found in mint condition at Super Potato, that includes rare gaming accessories and games.  Super Potato offers a frequent shoppers points card and the third floor of the store is actually a little arcade center with classic, playable arcade machines.  The downsides to Super Potato is that it’s a very expensive retro game store but with the quantity and quality of the good’s a lot of people find it worth it. 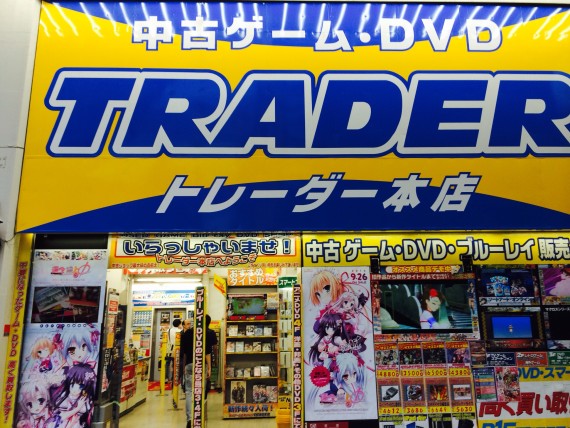 Trader is a used game store/video shop, think of it as a Gamestop/Video Games, etc combination.  Just be careful not to confuse it with its branch store Trader #3, an erotic software store nearby.  Trader sell’s used games across all consoles and all generations.  They are huge, with 2 floors full of games/videos and they even have a large shelf for US and Europe games.  One of the most notable areas in the store is the junk corner.  It’s a place where you can buy damaged games, cartridges with dead saves, scratched discs, and other miscellanea for around $1.  Trader is cheap and that is one of its biggest draws, besides the fact that it has a huge selection of games.  The biggest downside is that it can be hard to find a complete game being sold here, missing manual’s, missing case’s or damaged cases are common at Trader. 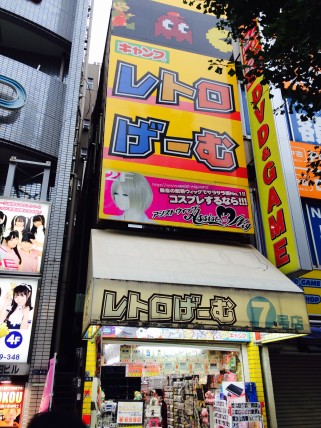 Retro Game is a small gaming store down a bit from Don Quixote.  It offers a nice collection of used games.  The first floor is often so packed with games that it can be difficult to navigate.  The downside is that it’s often the most expensive gaming store in Akiba, even outpricing Super Potato.

Friends is a small mom n’ pop store in Akihabara and is considered a great place to go for deals.  The selection is smaller than the other stores on the list but the prices are some of the best.  It is however very hard to find, it was so hard to find in fact that I wasn’t even able to find a picture of the building and instead had to settle for a video.  You need to follow the street all the way past Trader to Suehirocho Station, look for a Zenith Coffee shop across the street and next to it you will find a small, plain looking building.  On that second floor is where you will find Friends.  Trivia: It’s called Friends because the owners play “Bein’ Friends” all the time in the shop.  It’s a song from the Famicom game called Mother aka Earthbound in the US. 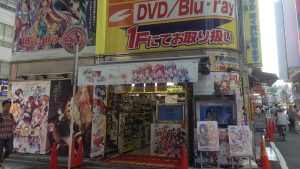 Trader #2 is yet another branch store of Trader and is focused on used games from the current generation to the previous generation. 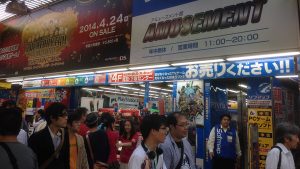 Softmap has near a dozen stores in Akiba and one of them sells games.  It’s right next to the Sega Arcade near Akiba Station. 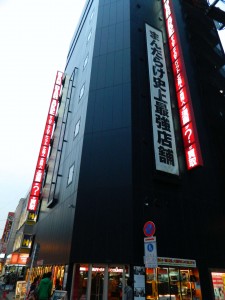 Mandarake was mentioned in a previous post so I didn’t feature it but only Super Potato is its equal in the retro gaming market.  If you can’t find it at Super Potato you can find it here alongside current generation games and rare gaming collectibles.  Just be prepared to pay a price for that rare game you are looking for. 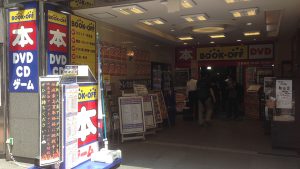 Book Off is actually a chain of stores that buys and sells used books.  Most of the stores also buy used games and movies with the one in Akiba being no different.  The prices fluctuate and will sometimes be cheaper or more expensive than the other game stores at Akiba.

In the US, arcade machines are a dinosaur with very few remaining and unless they are at a place like Dave & Busters they are for all intents and purposes extinct.  In Japan, while they have taken a hit recently, they are still going strong.  In the US, the stigma of delinquency associated with arcades and the rise of  home consoles made the reason for arcade machines to fade but Japan decided to take a different path, one that embraced the home consoles.

Arcades are used in Japan to experiment with new playstyles, to create games that could never work on a console, at the same time that they did this they took the best idea’s from console’s and added them to arcade machines.  Dance Dance Revolution is an example of one of the games that were created due to this. The result is something that really does have to be seen to be believed.  All sorts of game variations are on display at these arcades, from the Classic Fighting Games to Rhythm Games to Collectible Card Games.  They even have MOBA and RPG games you can play.  Remember how I said that they took ideas from consoles?  Welcome to the NESICA IC card, a save card for arcade machines.  You stick it in the NESICA arcade cab and it allows you to load up saved characters, stats and even upgrades that you have unlocked that can change the way you play the game.  The card also allows for network play with national rankings which gives rise to a competitive, hardcore user base.  NESICA made it easier and cheaper to create and manage arcade game cabinets because previously you had to rip out the old board and put in a new one but NESICA made it so you didn’t have to.

Unfortunately, there are several older card save systems in place so you will most likely need more than one type of save card.  Sidenote: Round One actually has some NESICA arcade games from Japan available to play.

Next time on the internet otaku, breaking down the Japanese Arcades.