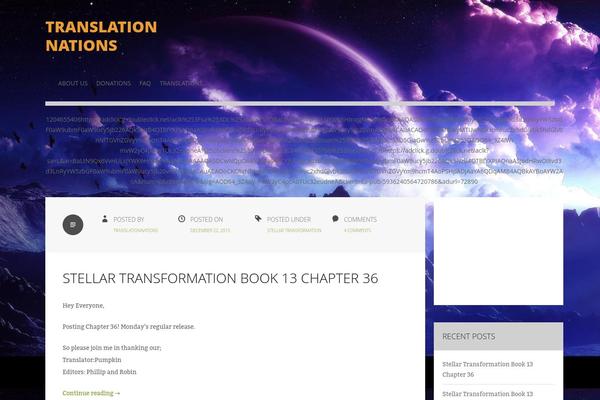 Internal dissension and disputes almost led to the dissolution of Translation Nations.  In the fallout, they lost the translators to Stellar Transformations, the one man translation sites refused to join them and they almost lost Stellar Transformations to Wuxia World when RWX offered to take over the translation.  The only thing that saved them was Zebulin stayed and kept up a steady stream of new Swallowed Star chapters.  It took a few months before the site managed to get back to having steady releases of chapters.  Currently, the site has 4 series that it is releasing and is slowly trying to expand again.

SimilarWeb and WorthofWeb rankings are:

My favorite series on the site is still Stellar Transformations.