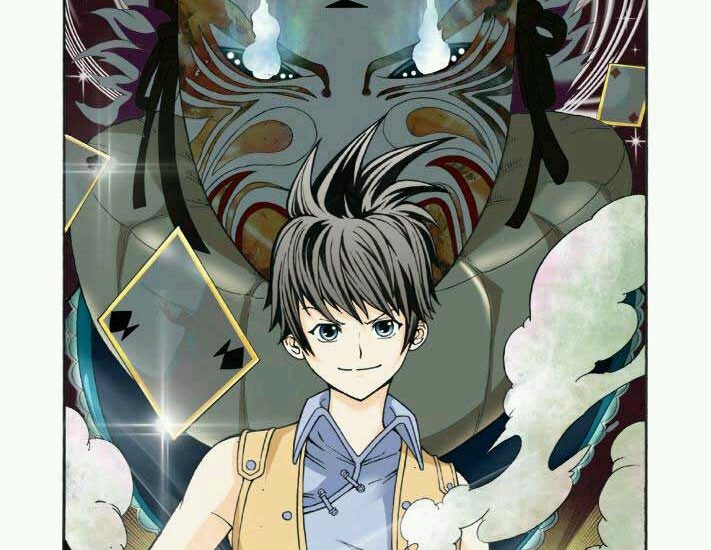 I find it hard to describe what Long Live Summons is about.  I supposed you could say its semi-serious comedic take on xianxia novels but that actually wouldn’t be fair to the Long Live Summons because the quality of this series is better than that.

Long Live Summons is the story of a shameless, perverted, sarcastic, know it all boy named Yue Yang who literally got kicked out of his home dimension and took over the body of another Yue Yang in a different world. This new world is the Soaring Dragon Continent and it is a violent world where only the strong are respected.  Martial Arts are practiced but are considered inferior to Summoners, aka those who can make a contract with a grimoire and summon creatures.  Yue Yang takes over the body of the 3rd young master of the Yue Family and unlike the third son of the Yue Family who was useless in summoning, Yue Yang succeeded in making a contract with a summoning grimoire on his first try, even when the other guy failed for the past fifteen years.  Yue Yang has big plans, protect his new family, become the strongest human ever, find out if the previous owner of his body was murdered, collect all the most beautiful & sexy summons and finally push down all the most beautiful woman in this world and make them his.

I think the world building of Long Live Summons is top notch with the world being huge and expansive without it overwhelming the reader.  I think the author was particularly clever in how they used Yue Yang’s amnesia(from dimension hopping) as a way to seamlessly expand the world when they needed it to.  I find this series really good to read, in fact, it is one of my favorite series of all time due to how the author comedically lampoons all the usual xianxia tropes while at the same time it manages to carry on a more serious plot.  The only real criticism that I have with this series comes after 200 chapters or so is that Yue Yang’s is too strong for a lot of his opponents and it results in slightly repetitive battle.  This series is on my must read list and I would recommend it to anyone who wants to read a really good series.