During the time I was researching hotels in Japan, I mentioned to a co-worker about the trip I was planning to take to Japan and right away he got excited saying he wanted to go. He won’t, not because I rejected him, but because he is moving across the country this summer. One of the places he excitedly told me he wanted to see was Aokigahara Forest. I had never even heard of it until he excitedly told me that he had watched a movie on it and that it was the most haunted place in all of Japan, that suicides happen there every year. It didn’t sound like a place I would want to go and he couldn’t even tell me where it was in Japan.  I guess it was time to research, even though my otaku spirit was not burning.  A word of advice on this, do NOT google this subject with safe search off unless you want to see the dead bodies of people who committed suicide.  I made the mistake of doing this when I was trying to find a picture of this forest. 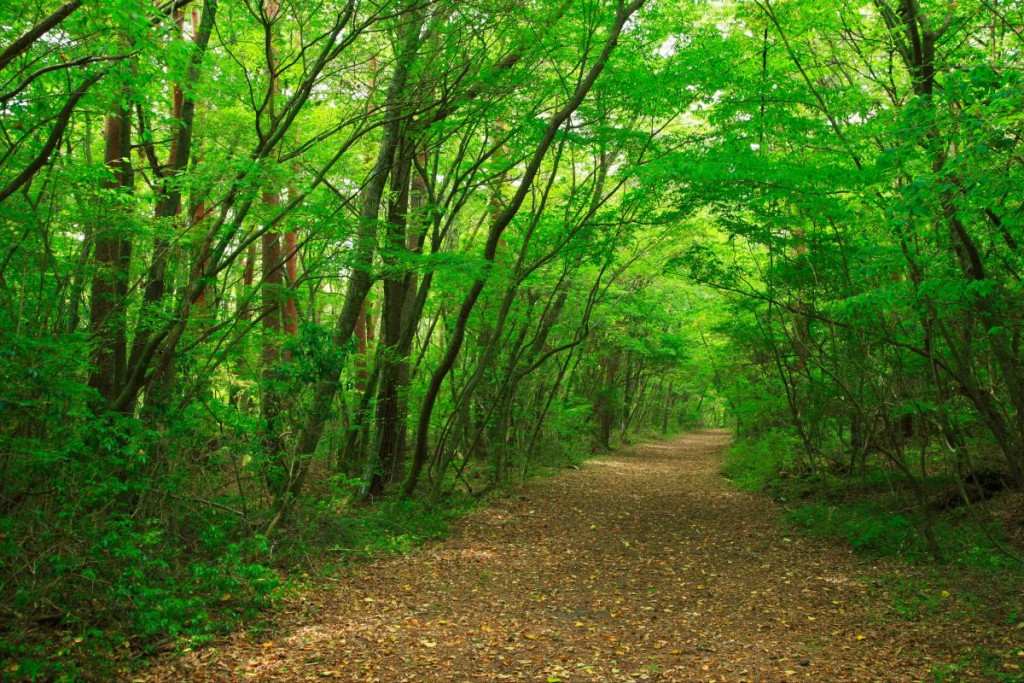 Googling it brought up basic information about it and I found out it was at the base of Mt. Fuji. I started to perk up at this, maybe this could be interesting. Mt. Fuji is near Tokyo, it is a UNESCO World Heritage site and its a place I wanted to check out for a day or 2 while in Japan.  Game, Set, Match and the otaku spirit was lit. Time to look at Japanese Tours. 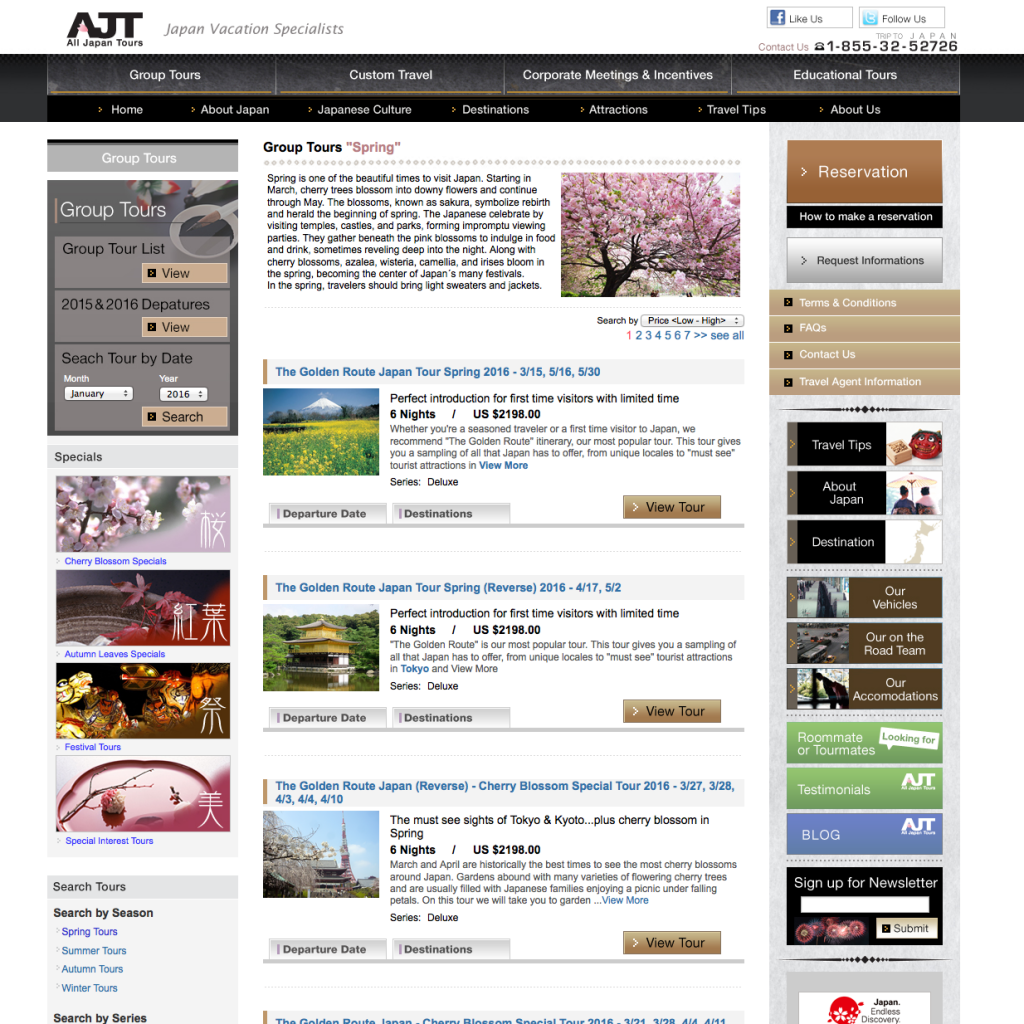 Finding Japanese tours online was very easy, but finding ones that were affordable was definitely not. All Japan Tours is the very first website that pops up on google and it’s easy to see why. Not only is it well designed, they have a plethora of options to choose from including setting up custom itinerary’s. They offered guided tours to virtually anywhere you wanted to, everything was paid for and everything is taken care of by them. I did find it too restrictive for my taste. I wanted the freedom to take the day off or doing something random if I wanted to. Everything about this company was first class, unfortunately so were the prices. It was too expensive for my budget and didn’t offer the freedom I was looking for so I decided to look for alternatives. 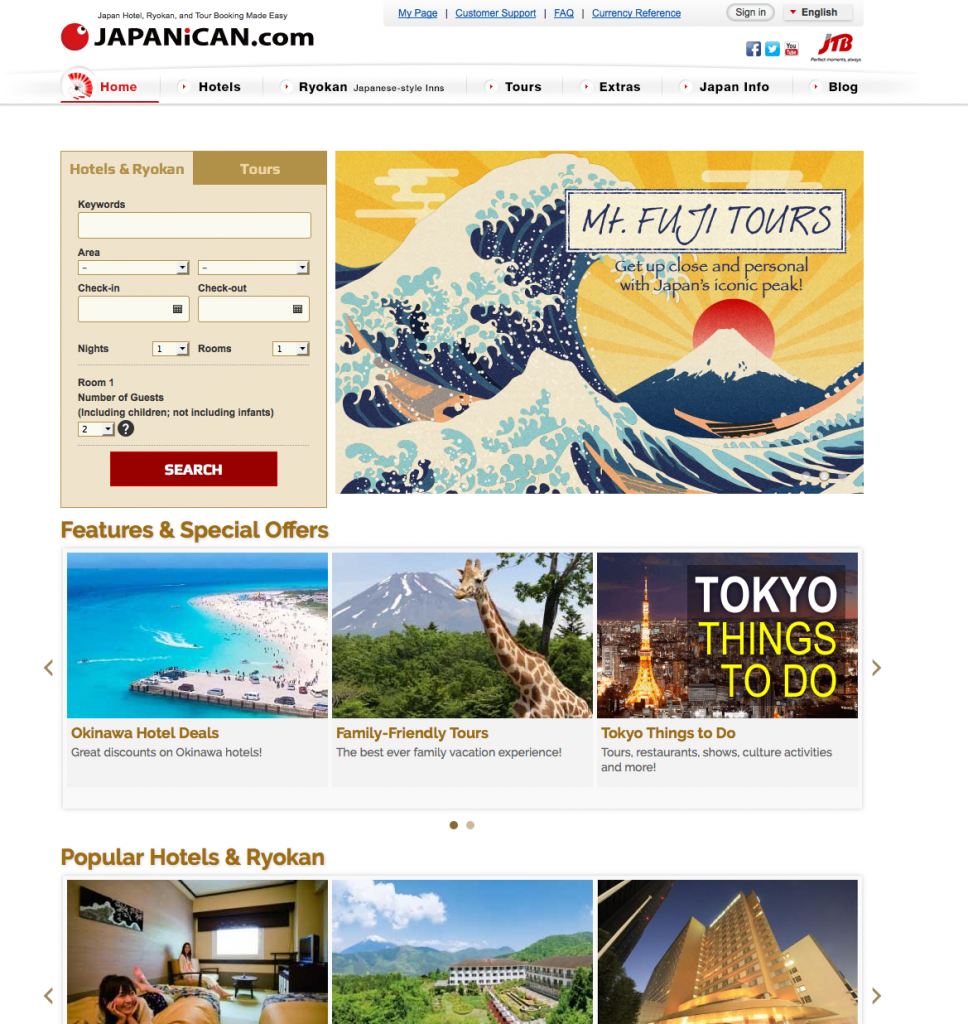 Eventually, I found a website called Japanican. It had some 1-2 day long tours that were very reasonably priced. They even had round-trip discounted Shinkansen tickets for Tokyo-Kyoto that would save me $40 if I decided to buy it. Delving deeper into the website I found that trips to Mt. Fuji were very numerous and some even had tours of Aokigahara Forest and Mt. Fuji together. The prices were right at about $147 to $250 per a person depending on the tour and it would fit perfectly into what I wanted to do.  This site had the broadest and most flexible options that I have seen among the Japanese tours.  It even has discounted tickets for the famous, or should I say infamous, Robot Restaurant.

I had found my tour site and was going to leave when I noticed an advertisement on the corner of the page for a website offering to rent Japanese houses. Intrigued I clicked on it, it was a website called the Japan-Experience.com

That’s right, if you remember in a previous post, looking for tours was how I found the place I would be staying at while I was in Japan.  Japan-Experience is well designed, the tours offered were too expensive for me, but the accommodations were top notch. Not only could you rent a place to stay, but it was possible to buy a JP Rail Pass from them, Pasmo IC card and you were even able to rent a pocket wifi hotspot. Alternatively, I could even buy a sim card, though the pocket wifi would be better in my opinion. All in all, I felt like I hit the jackpot with Japanican and Japan-Experience.