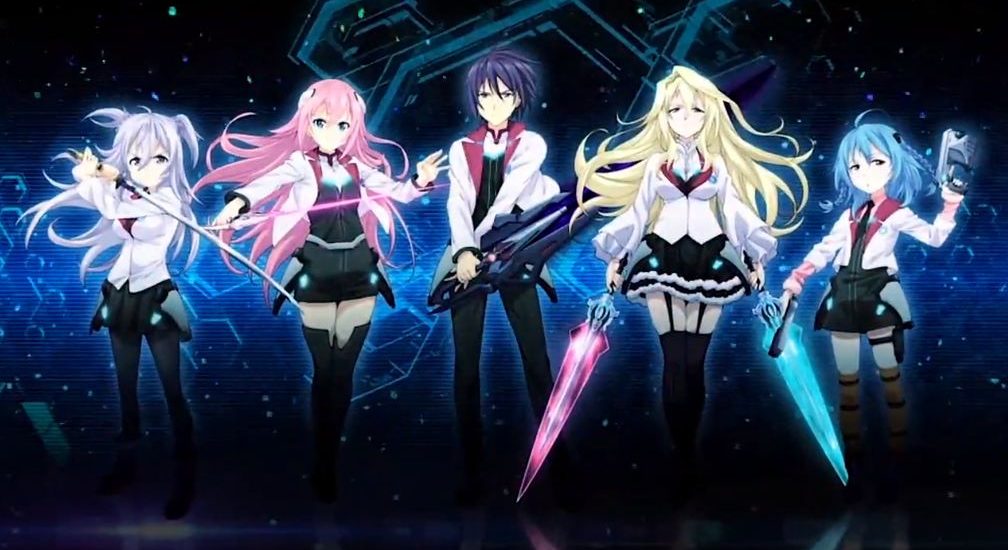 Gakusen Toshi Asterisk aka the English title is The Asterisk War turns out to be yet another series in a long line of school harem animes.  Add a male lead, put them in a school setting, surround the lead with multiple females that have classic anime personalities and backgrounds, sprinkle a dash of humor along with an intriguing universe and wallah, a new school harem anime is born.  That is not to say that the Asterisk War isn’t very good because it’s actually one of the genre’s finest, it’s just disappointing that a series with so much potential doesn’t break at least a few of the classic anime tropes to make things less predictable.

Meet Ayato Amagiri, a new student at Seidoukan Academy, one of the six most elite schools for the Genestella in the world and all six schools are on an artificial island called Asterisk.  Due to an epic catastrophe, known as the Invertia, there was a complete change in the world’s power balance. In the years following this disaster, a group known as the Integrated Enterprise Foundation rose to power. In addition to this massive change, a new breed of humans born with amazing physical skills known as Genestella emerged and joined the ranks of humanity.

Ayato Amagiri, on his first day at Seidoukan Academy, has a classic encounter with the first member of his harem, Julis Riessfeld who is an actual honest-to-god princess and known as the PetalBlaze Witch.  This is quickly followed in succession by meeting, Claudia Enfield the student president and all around sexy bad girl, the classic flat-chested childhood friend Saya Sasamiya and the young, determined, large busted Kirin Toudou.  Whip up a missing and beautiful older sister for Ayato, add in a tournament style conflicts between the schools and you have the Asterisk War anime.

The art and animation style is good, I especially liked the style of the next episode previews because it adds a certain flair lacking in other anime.  The voice acting is up to the usual Japanese standards which means its very good and I like the fact we have a strong male lead with well-developed side characters.  My only real problem with this series is that it’s very predictable and doesn’t take risks following a by-the-numbers school harem which is a disservice to the world this anime is in.