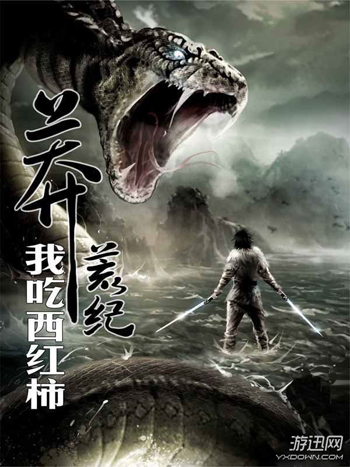 Since I have already started off with multiple I Eat Tomatoes series I decided to keep on going with the theme, in this case, the series called Desolate Era.

Desolate Era has one of my favorite tropes in a book, the chance to start life again with your memories intact.  Ji Ning died young, he was wracked with illness and infirmity his whole life but when he dies he gets a chance to be reborn.  Due to certain circumstances Ji Ning manages to keep his past life memories and uses them as fuel for his new life in this new world full of immortals, monsters, and godlike beings.  Things will not be easy for him as he was born as the world was declining but watch as Ji Ning rises and makes this Desolate Era his.

I Eat Tomatoes manages to do it again with this series, a great world, amazing start, likable characters and once again he hits a home run on the training sequences.  In the Desolate Era, I feel that I Eat Tomatoes has polished his writing skills, the stories pacing is smooth and it is evident he has found his writing groove, though with this high polish it also makes his weaknesses jarring when they occur.  I feel that he has 3 weaknesses that he needs to work on:

Desolate Era is one of the finest series that I Eat Tomatoes has ever written and I heavily recommend reading it, just be aware that the series is so polished and well done that when you run into a minor imperfection it will feel like you hit a speed bump.

No comments yet
I Eat Tomatoes Xianxia